A couple seasons back I purchased a CZ Bobwhite G2 in 20 gauge. I already owned a CZ Ringneck side by side in 28 gauge and was excited to see that CZ was bringing the Bobwhite back to market. For this relaunch and it appears that CZ made some modern mechanical upgrades to the internal pieces and went with CNC-machined receivers which improved tolerances and made for a more durable and well built gun.

I love the side by side shotgun format and had been looking for another one in 20 gauge to add to my bird hunting arsenal. The issue I kept running into was either I had to spend north of $1500 to get a good quality gun or I could buy a used gun that was usually too old to use modern ammunition and didn’t fit me or just wasn’t what I was looking for. I got into a few bidding wars on gunbroker.com over Browning BSS’s, Franchi Highlanders and a couple AYA’s but nothing ever worked out. Either the bids went out of my budget or I lost on the final bid.

I was also looking for a new semi-auto for Pheasant and Chukar hunting and was about to buy a lefty Beretta A400 at the local Scheel’s. I had looked at it a couple times and it is a beautiful gun. Out of the current semi-autos on the market, that's my favorite. The left handed version is really appealing to me. I was actually on my way to Scheel’s to purchase it and I thought to swing by the local Sportsman’s Warehouse just to see what they had in stock.

I walked into the Sportsman’s Warehouse and saw the new CZ-USA bobwhites on the gun rack. One of these had a case hardened colored receiver. That was different than what I’d seen online or in any of the CZ promo pieces for the bobwhite. I’m a sucker for case-hardening and have a couple shotguns and a revolver with that look and treatment. I found out later that the case-colored receiver is a Sportsman’s exclusive. I asked the salesperson for a look and as soon as I shouldered it, I knew I was taking it home. That Beretta would need to wait. The bobwhite felt really good in my hands, shouldered nicely and looked cool. I knew I would need to add a little length to the length-of-pull but that’s an easy fix. The salesman let me try the triggers with some snap caps and they felt a little heavy but overall I was sold and I brought it home.

My first impression was that it was a sweet little gun and a total bargain for the price ($650). I've enjoyed the CZ ringneck 28 gauge that I've owned for several years and I have confidence in the brand. They are Turkish-made, kind of plain-jane, budget side x sides. So far my ringneck has proven to be durable and I’ve really enjoyed owning it and hunting with it.

Walnut english style straight stock with splinter fore end. Length of Pull is 14 1/2”. There is a very slight cast-off for right handed shooters.

After bringing it home I had to address the Length of pull. I needed to add about a 1/2 inch so I went with a leather Kick-Killer lace up pad from Lion Country Supply.

That pad did the trick and after installing it my gun mount felt almost perfect. My first time taking it out to the range I shot very well with it. I first checked my patterns with the improved cylinder and modified chokes and both barrels seemed to shoot exactly where I pointed and the pattern looked good with the Federal 7 1/2 target loads I was using that day.

Now for the real shooting - I had my son manning our antique mechanical clay pigeon thrower and we started with a simple straight away shot. I shot it really well. I went about 15 straight and then I switched and had him throw some crossing shots for me. Again I was on target and feeling really good about this gun, I even broke a few doubles. My son was even impressed because he’s seen me shoot before and I’m usually more of a hit-more-than-I-miss kind of shooter. That day I was smoking targets consistently. After a couple more trips to the range, bird season was here, and I got my first chance to use the gun on wild birds. Other than a few hiccups with me getting used to the double triggers on a couple wild flushing birds, I was shooting well and killing birds consistently. My hunting partner brother even commented that he felt my shooting was better with this shotgun.

Gradually this shotgun has become my go-to gun for most of my upland hunting. I’ve used it on everything I hunt here in Utah and I’ve also used it Sharptails and Huns on a trip I took to Idaho. 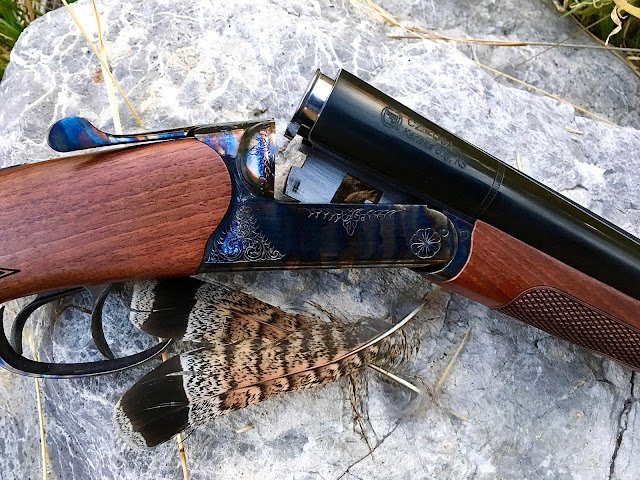 This shotgun is a product of modern manufacturing and this is how they can make this gun so affordable. I’m not saying that’s necessarily a bad thing. It’s a fantastic value for the price. Like I’ve said it feels good in hand, but If you compare it to higher end sxs guns it’s going to feel less refined, which should be expected.  I'm not saying it's clunky or poorly balanced, maybe just not quite as polished. It's a solid, well put together gun.

The triggers are a little heavy for my liking. I’ve not measured the trigger weight but my guess they are just over 6 lbs. I'm basing that on the fact that I can hold the gun with all its weight on the engaged trigger without it going off (unloaded of coarse, using snap caps). I need to bounce the gun slightly to get the trigger to fire. They are crisp though. There's no play or mushy feel to them. They feel better than my CZ Ringneck's trigger even though they are slightly heavier. Honestly, I don’t really notice the heavier trigger pull, especially with birds.

The wood on mine is kind of plain but at the cost of the gun I’m not expecting much. The finish is quite nice, nicer than what I’ve seen on more expensive guns. It shows off the grain of the wood and seems to protect it the way it should. The checkering is good and I believe it's done by hand. It’s even and deep, I’d prefer a more traditional shape towards the receiver but it’s fine.

The engraving on the metal is simple and minimal and I prefer it that way for a field gun or any gun for that matter. It is engraved around the receiver, the trigger guard, the safety plate and around the forearm metal. It ads a nice aesthetic without looking like they are trying too hard. Apparently CZ engraves these guns by hand, which is cool. Mine looks great and compliments the case hardened receiver very nicely.

To sum it all up, the CZ Bobwhite G2 is a solid, utilitarian, budget-friendly shotgun in the sxs format. It’s better than your grandpa’s old Stevens sxs but it’s not a Connecticut Shotgun Company RBL or a Beretta Parallelo and it's not trying to be. It is-what-it-is and for me it's great. 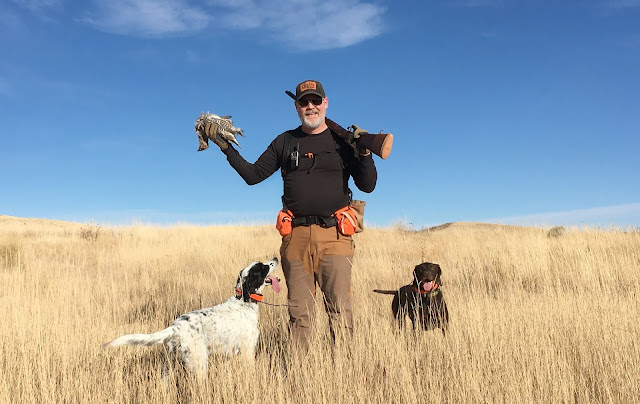 After two years of use the gun has held up well. There is a little bit of wear around the receiver portion of the gun where I most typically carry it in the field. Some of the black chrome at the base of the barrels is starting to fade and lighten, and the case hardening is fading in places, mainly around the trigger guard and the bottom of the receiver. I was hoping that it would wear in these areas a little better. The stock and checkering have taken a few dings but that’s to be expected. For the cost I don’t mind it showing a little wear at all.

The only real negative I have is the forearm on my gun is a little loose and to fix that I’ve placed a foam earplug just in front were the forearm connects to the barrels, that tightened things up so, no big deal, but kind of annoying.

Overall, I’m very pleased with the gun. It hits where I point, it’s comfortable to carry on those long days afield. It swings well on birds. It’s a sxs with double triggers, and that's fun as hell. It’s a little different than what you typically see out here in the west. The bobwhite has really grown on me and I can see myself using this gun for a long time.

When I wrote my review for my CZ ringneck 28 gauge I said that maybe someday I would get me a nicer more upgraded sxs. Well, that was 10 years ago and I’m still packing these CZ “beaters” up the mountains and over the fields. Again, maybe someday I’ll upgrade but with the way I’m shooting this Bobwhite, I really don’t see a reason to change it up anytime soon. With the Bobwhite I get the quality plus everything I need from a shotgun and it's fun to shoot. All that for under $700, is awesome.

If you’re on the fence, I say go for it. I don’t see how you could be disappointed at the price point. It’s an exceptional value. I’m considering getting a Bobwhite in 12 gauge for late season pheasants and such.

CZ also has these same guns in their all-terrain series where all the metal is cerakoted which makes for a very durable gun. The double guns in the line are kind of ugly/cool in my opinion. I’m still not sure about the green cerakote that they use but if you like double-barelled shotguns and you want a beater gun, I feel like the all-terrain series would be a great option. I think they come with sling swivel studs as well. The coolest feature in my opinion is that these shotguns come with a cool patented earth-magnet feature built into the shell extractors. Shells won’t fall out of your gun even if you tip it upside down. I really like that feature and wish it was included with my gun. What a great feature for training and such.

Also, CZ-USA has collaborated with Project Upland to develop crowd-sourced designed double guns in both over-under and side-by-side formats and should be launching them any time now. From what I’ve read and heard it sounds like the sxs version will basically be an upgraded version of the bobwhite with nicer wood and decorative side plates similar to what they currently produce on their Sharptail sxs line. I’m interested to see what they come up with. The prospect of a new upgraded 28 gauge in this format is very tempting. It looks like the cost will be about double of a standard Bobwhite. For more info see the links below.