Coneys for the Pot? 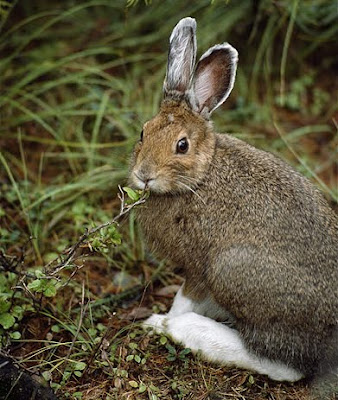 I've always been pleased with my dog Hazel's versatility. Pointing birds, tracking running pheasants and finding and retrieving downed birds on land and water. That's why I enjoy the versatile breeds so much and why I bought a pudelpointer. I use Hazel pretty much exclusively for upland bird hunting. She is a great retriever and loves the water so if I knock a duck down I'm confident she will find it. But there is one aspect of Hazel's talents that I believe I need to start taking advantage of during future hunts. Her ability to find and track fur. Specifically rabbits. 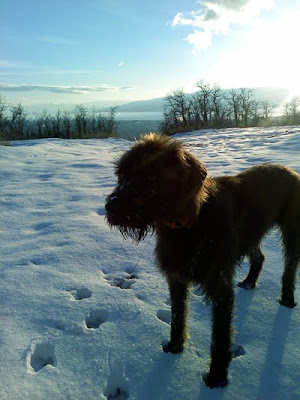 Hazel is a bonafide rabbit dog. While grouse hunting she has tracked and circled several snowshoe hares back to the gun. I've seen her point both snowshoes and cottontails. Yesterday during a hike through the foothills she pointed and tracked 2 different cottontails and she circled one back to me. I would of had several safe clean shots on them if I had been hunting. This is a purely natural skill of Hazel's. I've never encouraged it. I've never pushed her to do it . I actually call her off them for the rabbits sake. I think she could catch a cottontail if pushed. I'm a bird hunter and I want her concentrating on the birds. Is this a mistake? Am I not letting her work and hunt to her full potential? The Europeans who use these types of dogs have no problem with it.

I'm almost exclusively an upland bird hunter. I don't hunt deer or elk anymore (although I'm thinking I should start again). I occasionally duck hunt but not often enough to consider myself one. My passion is upland bird hunting with dogs. But I'm thinking that I'm missing out on some wonderful opportunities with the deer and the now the rabbits here in Utah. Rabbit season in Utah lasts from September to the end of February.

I haven't hunted rabbits exclusively since I was a teenager. But rabbit hunting back then was more of a killing sport than hunting. A large group of us would drive out to the west desert. Once we saw a lot of dead road kill jack rabbits along the roadways we would stop. We would spread out in a line and march through the sage brush pushing all the game out ahead of us and blast every jackrabbit that made a break for it. We hunted much like you see most pheasant hunting done in South Dakota. The pusher and blocker method. Not my preferred method of hunting but it gets the job done. Jackrabbits were considered diseased vermin and killed without discretion. After shooting a jackrabbit we never used any of it. Anyway. I quickly learned that was NOT how I like to hunt. It felt wrong and wasteful.

So shooting rabbits over Hazel has not been something I've really considered. I don't come from a family that eats rabbit but I've tried it and it is delicious. My only real concerns are shooting animals off the ground when my dog is tracking or trailing them. That is a safety issue that needs to be addressed. It's hard to tell where your dog is sometimes especially in the woods, and before I took a shot I would have to take that into consideration and be very careful. But beagle guys do it all the time so I'm too concerned about that. My big concern is with how Hazel would react if I started shooting rabbits while hunting grouse or other game-birds. Would she stop hunting grouse and concentrate more on rabbits? I don't know. My only option is to try it and see where the chips fall. I think she would be fine and is smart enough to do both. Maybe if I only shoot rabbits after she points them. I may wait one more year though. Maybe a little more maturity would help. Hazel does have a talent though and I should take advantage of it. And it would extend my hunting season a couple more weeks. 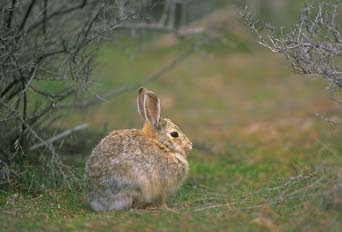