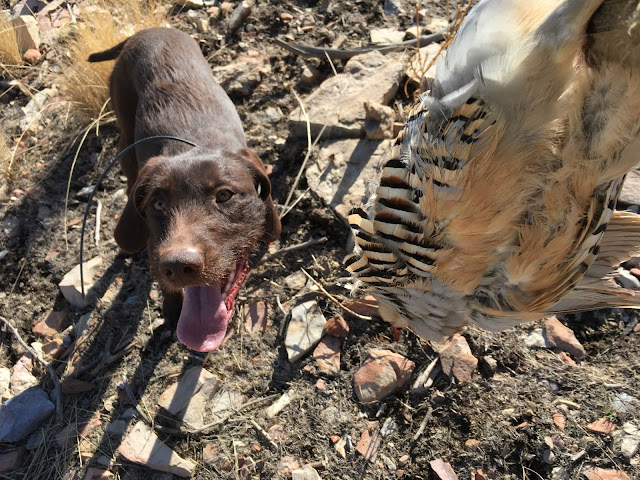 Another hunting season has come and gone.  I find myself in that time of year where I try to fill my time with other pursuits. Winter is starting to fade into Spring and there is a ton to do around my neglected yard and such. 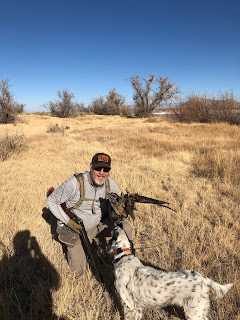 I believe my last post was about Pheasant Hunting and a lot has happened since. We got out a few more times to chase pheasants and we got into some more birds but most of those were planters and nothing really to write about. As I wrote in my previous post, I need to rethink my pheasant hunting. I don’t like planted birds and I don’t get much joy out of bagging them. However, I did discover a couple new Quail hunting spots that are on public land. I am pretty excited about that. These spots are small little islands that I could only hit a couple times a year or I would push them out. I  love quail though. I wish I had more opportunities locally to chase them. I think more trips to southern Utah/Nevada/Arizona are in my future to get after the Gambels quail in that area.

I brought Chief back from injured/reserve during the end of the quail and pheasant season. He suffered a nasty deep gash on his left foreleg in early November and it really slowed him down. He was still showing signs from his injury in late December so I shut him down for the year. He has been a sad dude the past couple months. Every time I load up young Scout he would get excited but when I let him know he was staying home he got all sad and dejected. Poor guy, it broke my heart and I really could have used him during the chukar season. Hopefully he’s mending up well and he can get back to himself by the time next September rolls around.

So after the pheasant and quail season ended, I hit the Chukar hills most every weekend. I’ll admit that I’m not the best Chukar hunter and it took me a couple flushes before I was able to bag some birds. I was the same way with Quail. I had to see a few before I was able to visualize things and put it all together to knock one down. I was shooting way behind them on the initial rise and by the time I was able to get off a second shot they were at the limit of my range. After a couple missed opportunities I was able to put things together mentally and I started knocking them down. 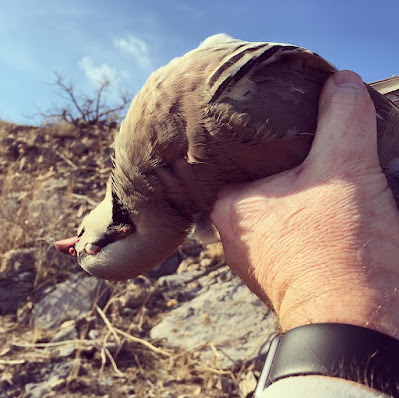 Since Scout was my only dog this Chukar season she acquired a lot of experience. She progressed very nicely and showed me her potential. She doesn’t range as far as I’d like her to but at this stage it’s fine. She’s shown to have a heck of a nose and I’ve seen her wind birds at incredible distances. She pushed a few coveys a little too much and blew them out but I’m ok with it. It’s part of the process and she’s learning. Most birds she handled perfectly. She’s a smart dog and it was fun watching her put it all together. She had a couple instances where she knew approximately where the birds were and she used the terrain to sneak up on them. She had points where she was peeking around rocks or just over the edge of some rimrock and was using the terrain to hide herself from the birds. I’ve never had a dog do that before. It was cool to watch and it also pointed out how intelligent she is. 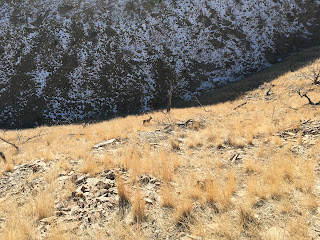 Still, retrieving is the issue I’m having with Scout. Now that the hunting season is over, that’s going to be our focus for the next few months. Somehow/some way I’m going to make a retriever out of her. We are currently working on the bench with hold and we will move from there. In the yard she will pick up bumpers for a minute but quickly loose interest. Lessons are short but I’m sure if I work and am consistent with my training we will get there come September. I saw signs that she may eventually do it naturally but I need her to retrieve now. Especially on chukars and pheasants.

Overall, I’m super happy with her progress. For a first year dog she is doing fantastic. This year she got on Dusky Grouse, Ruffed Grouse, Sharptail Grouse, Hungarian Partridge, Pheasant, Valley Quail, and Chukar. It was great to see her progress and we both learned a lot this season. She’s a great bird finder and she holds her birds well. The future is bright. 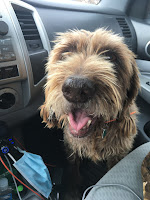 My old Pudelpointer Hazel, is now nicknamed Grandma. She’s slow and pretty deaf from years of having shotguns going off over her and her eyesight is also going. It’s sad but she has accepted retirement gracefully and hopefully I’m providing a good life for her as she relaxes during the final days/years. She’s a sweet dog and we’ve had a blast together. Looking back through this blog, it’s fun to see many of those adventures recorded here. I miss her fire and get after it attitude. I could have used her talents on many of the hunts we were on this year. Most especially her retrieving. I miss that.

Overall, I felt really good about last season and I'm excited to see what the future holds for us. My pup is killing it, Chief is on the mend. I have some plans for what to do this next year and I'm hopeful it will all work out.

Upcoming posts I want to write about: I purchased a new bird-vest from Final Rise that I'm very excited about and a new Franchi over under that I'm going to be customizing over the next couple months. 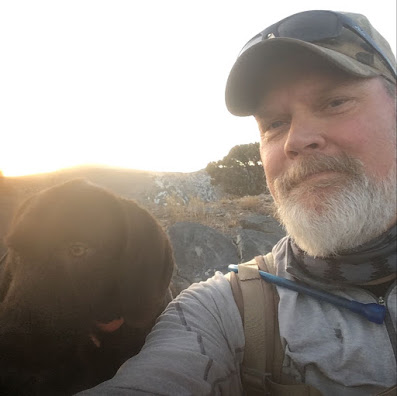 Me and Scout after a long day in the Chukar hills