SKUNKED (Not what you think) Grouse Hunting 2015 (so far) 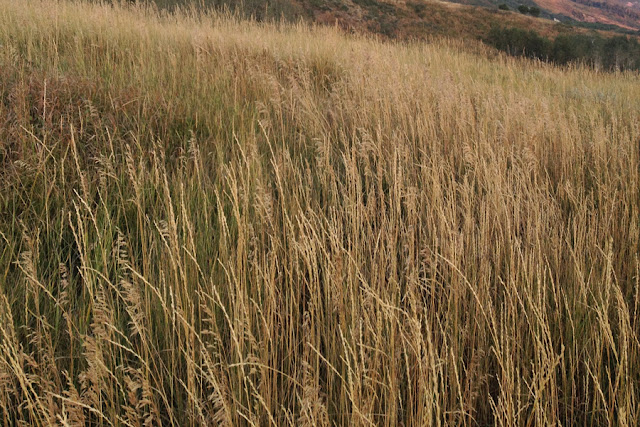 It has been a beautiful September here in Utah and I have been fortunate to get out and chase some of my favorite game birds.

The hunt opened this year on a Tuesday, my brother and I both took the day off work, got up early and got after some semi-local blues just after sun-up. It was a successful morning but it quickly became too warm for the dogs and they were soon breaking down and not hunting as effective as they were in the cool hours of the early morning. But we did bag a few and witnessed some good dog work. Mostly from my brother's 2 year old shorthair Oakley. She had some nice points and retrieves. She's really grown up this past year and come into her own.

Highlight/low-light of opening day was during the hunt my brother and I were spread out about a 100 yards from each other. He talks to me on the radio saying that he is moving off his line and coming closer because he smells a skunk. He gets closer and complains again that he still smells skunk. Oakley and chief soon after go on point and we approach them  and smell another skunk. "Oh no! She's pointing a skunk!" We pull them off the scent afraid that they would get sprayed. The dogs wanted  to go back to that spot but we took them away from it and got them hunting again. Soon we smelled more skunk. Skunks are now on my side of the covert and that's when we realize that there is a common factor amongst all this skunk scent...... my setter Chief. Somewhere, somehow he got hosed by a skunk and was covered in the nastiest funk I've witnessed in a while. When your right up on fresh skunk stink it almost smells oniony or chemically/oniony is how I'd describe it. It's putrid. The bad part is we probably pulled him and Oakley off a bird thinking it was a skunk. Chief soon after found a nice. deep. cool moose-wallow and rolled and rolled in until he was blackened in moose funk to cover the smell, (or pile on top of the smell) we then took him to a pond that was nearby and let him swim for a few minutes. It didn't make a dent in the stench so we had to deal with a skunk scented dog the rest of the morning. When we got home I mixed up a skunk concoction of 1 quart hydrogen peroxide, 1/3 cup baking soda and 2 tsp. dish soap and frosted him like a birthday cake and let it sit for about 15 minutes. Rinsed and gave him a bath with regular shampoo. He wasn't free of the smell but he was much more tolerable. He smelled like a box of burnt matches for about a week. Nearly 3 weeks later it's almost gone. That's powerful stuff those skunks are packing. It's been a few years since I've had to deal with a skunked dog. It was rather comical.

I've been out a couple more times in the evening and had moderate success. The Utah DWR said it was going to be a banner year for grouse but where I've been hunting that isn't what I've seen so far. But it has still been warm and the undergrowth is very thick and heavy from our wet spring and we've had enough moisture this summer to keep things growing. This creates tough conditions for the dogs to find and scent the birds. The points have all been pretty close and tight up to the birds. But the weather is just starting to turn cooler and the plants are starting to die for winter so conditions will soon be improving.

If you follow the blog then you know me,  and know that I'll keep after it.  I'm sure we'll have more success.  I've been happy with what we've found so far. This time of year it is so nice to be in these mountains, chasing these dogs. Yesterday we saw bighorn sheep, moose, mule deer and a coyote along with the grouse. You can't see that from your couch, it's just nice to be out in it.


I've been packing my 28 gauge side by side so far this season and I'm rediscovering how much I enjoy that gun. It's so light and nimble. I don't think I shoot as well with it as do with my other guns but it has a fun factor that I'm enjoying. Not shooting as well could just be in my head. It fits me well and shoulders fine. I think it's more rust on my end than the gun.

Chief and Hazel are doing well and it's fun to watch them shake off the cobwebs from the boring days of summer and watch them do what they were born to do. Last night Chief had a gorgeous point on a young blue grouse in a little open bowl. The grass was so tall all you could see is Chief's muddy tail sticking out amongst the grass. The bird held and he held for a long time as we approached. It makes all the messes, shedded hair, skunked dog smell and the game trails he creates in my yard, all worth it just to see him handle a bird like that.

Hazel has also had a good hunt and she continues to be consistent. She's gotten into a few so far and I'm sure there will be more. 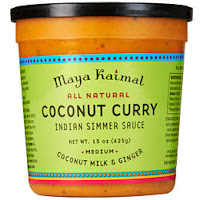 GAME BIRD COOKING TIP:
If you like Indian food a nice simple way to cook game birds is buy a pre-made curry sauce. Cube or quarter up your birds. Brown them with a little oil in a pan. Then simmer them for at least 20 minutes in this sauce on low. That and some basmati rice makes for some good eating. I buy a Maya Kaimal brand from Costco and Target has an Archer Farms brand that's pretty decent. If you have more time, make your own curry and cook your birds in that. If you have the ingredients Thai-green curry is pretty easy to make. The web is loaded with good recipes. We discovered this last year during chukar season and have really enjoyed it. I recently did up some grouse with this sauce and the results were the same. Ive simmered chukar legs in this recipe and it breaks them down nicely. Simmering in a sauce for 25 minutes or so makes those tough chukar legs nice and tender. Remember to age your meat in the refrigerator for a few days (4 minimum - 10 maximum) before cooking or even freezing. Trust me it makes a difference.

Lastly, I'd like to congratulate my oldest brother Rick on a successful Moose hunt. They won't be going hungry any time soon. :) Beautiful and amazing animals are moose. He's been waiting for this for a long time. I'm so happy for him. If I had a dream hunt in Utah I think a moose would be the one.