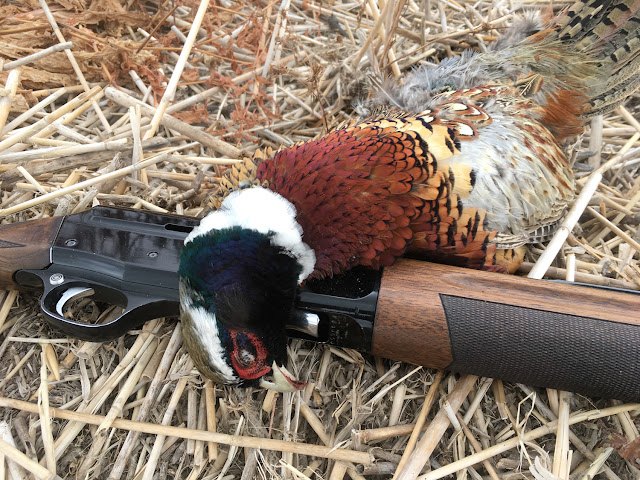 I had a good time with my year old pudelpointer Scout chasing pheasants on Utah’s public lands yesterday. Chief is out for the count for the next few weeks because of the leg injury he received last week. Hazel is too old to run anymore so it was just me and little Scout. She did great and led me to 2 young roosters. 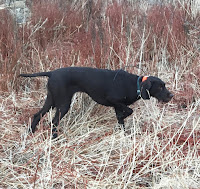 The weather fluctuated between 60 degree temps to sleet storms where we had to find shelter. Luckily we found an old cattle lean-to that we were able to hide out in for 10 minutes or so until the brunt of the storm had passed.
With the rainy weather I opted to bring my ol' Franchi 48-AL. It's still a great gun and I still shoot well with it. I was glad to blow some of the cobwebs off it.

Other than the two baby roosters we shot there wasn’t a whole lot of action. No quail, just a few hens. I guess they qualify as a limit. I’m not sure if the roosters were wild or planted birds. The hens we saw were hard flying birds so there’s still a small wild population in the area. Usually I don’t see planted birds in the areas we found these 2 but they both were very young. However both crops were full of seeds and olives so it makes me think they were wild. I’m not sure. 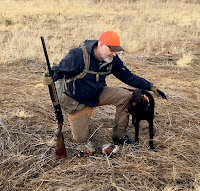 I think I’m about to give up on the Utah Pheasant hunt. I love pheasant hunting, it was what got me into the uplands. It’s been such a let down the past few years. I blame overgrazing, and extra pressure on the wma areas I used to hunt. It’s disappointing, the area we hunted yesterday used to be pretty fruitful and full of big wild birds. We’re not seeing that anymore. The biggest change I see is in the grazing practices. Much of these areas are stubble or bare ground where there was cover up to your knees and waist just 7-8 years ago. It’s a shame. They’ve also removed a bunch of trees for reasons I don’t comprehend. I believe Wildlife Management Areas should be for wildlife, not cows. It’s like they gave up on wild populations and feel like dump trucking birds into a few areas placates our pheasant hunting needs. One area in particular used to be full of rabbits, quail, deer, waterfowl, foxes and tons of other critters. It’s like a desert now. It’s not just pheasants that have lost habitat. When we discovered the area about 10 years ago it was like an oasis. We felt like we fell into a goldmine of hunting opportunity. It’s not because of a lack of water, it’s that the cover is gone. There is no habitat left.  It’s a shame. There’s my yearly rant.

If your experiences are similar please call or write the dwr and give them your thoughts. 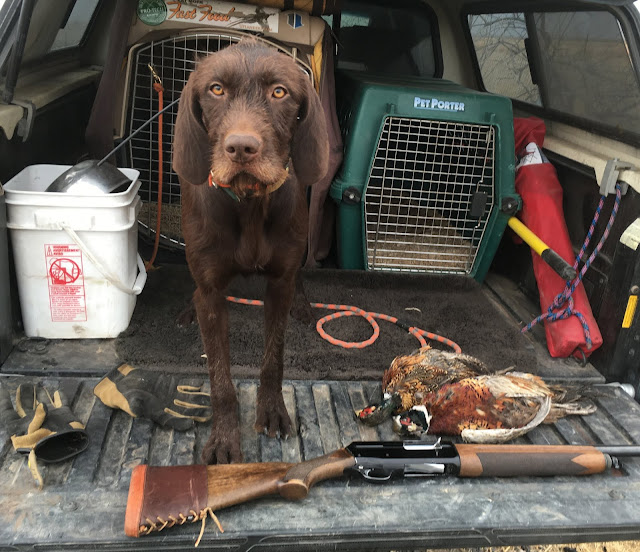