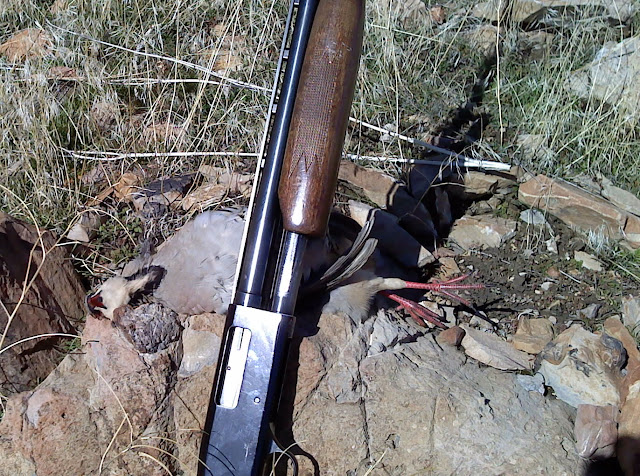 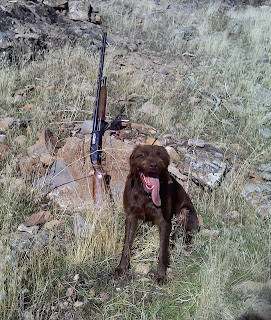 I have an old New Haven 600 20 gauge single rail pump that I received for my 13th birthday. I haven't been using it the last several years because it had developed a terrible double feeding issue. I had almost gave up on it. This last summer I had my friend Jeff, who is an amateur gunsmith, look at it and he was able to fix what others could not, including Mossberg's own gunsmith shop (twice). Now it runs like a top, is very smooth and is my go-to chukar gun. With the plug pulled and one in the chamber I have 6 shots available, which is great for those late risers in the coveys. I'm admittedly a horrible chukar shot and I will take any advantage I can get with these birds. Its just a utilitarian, inexpensive pump but it is well made in the U.S.A. I can take it up the mountains among the rim rock and not worry about dinging it up. I have always been pretty meticulous with my guns and I take really good care of them ever since I was young. This gun is well used and has a lot of wear but it is still in rather good shape. The wood is pretty rough and scratched and the bluing is wearing out in places. But this old gun has a lot of memories hidden within all that wear. I had to add an extra thick butt pad to extend the LOP so it fits me half decent. It's not pretty but it does the trick. I love it. Hopefully my kids will also get good use out of it.

Before I started using this gun again, typical days of shooting chukars with my doubles was empty both barrels at a bird on the initial covey rise just to watch them all fly away while a single or two come up a few seconds later and me standing there with an empty gun fumbling to reload. Not anymore. I still have been missing my first couple of shots but now I can quickly back them up. Hopefully the success will continue.