Well, the Pheasant hunt in Utah is still going on. The hunting becomes increasingly difficult with the birds becoming more and more wise to us and our bird dog assault.

I got out yesterday and we saw a few birds, had some great points and witnessed some good dog work but all we seemed to be finding was hens. We saw a few roosters but never had an opportunity on any of them. This late in the season you have to be on top of your game. Any mistakes made by you or your dogs will result in a long flush out of shotgun range. Sometimes you do everything right and the birds still go up out of range. 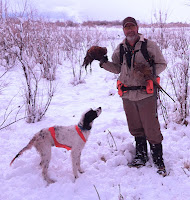 We had a couple issues during the day. Both involved Chief my young Llewellin. First, last week he caught his tail on a barbwire fence and peeled back a large chunk of skin. It was bleeding pretty bad and required some first aid. Notice the photo on the left and my awesome gauze/electrical tape first aid job. It worked and I thought it was pretty much healed up but yesterday he wagged off his bandage and it opened up again. It took me 3 tries of bandaging it before it would stay on for more than a minute. We got it handled and he's just fine. 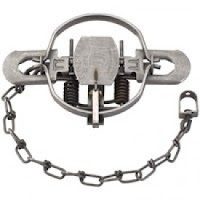 2nd problem is he found himself stuck in a trap. Luckily it was a small coil spring trap and did no permanent damage. It did freak me out when I heard the trap snap on him. Chief was calm and just stood there with his foot up until I could come up and release him. I was very angry at first but I realized the trapper has the right to trap in this area as much as I have the right to hunt. I just wish there was a way to dog proof them. I admit it really pissed me off. If I had wire cutters it would of been in the pond. But I didn't and I realized it was an accident and I need to be more aware that when I hunt public lands this is a risk that we need to be aware of.  I'm just grateful I was close by and it wasn't a conibear trap. Thats a real fear of mine. I'm afraid that one of my dogs will be out hunting and stick their nose into one of those and suffocate before I realize that they are in trouble. Yesterday was a good reminder and you can be sure I've studied up on traps and what to look for and how to safely remove them.

Below is a very good article I found on how to release your dog from a trap. Study it! It could save your dogs life.
How to release a dog caught in a trap

Back to pheasant hunting.
My advice for hunting late season pheasants is get up early, hunt late, hunt silently and let your dogs have the freedom to hunt. And importantly when the dogs are birdy get up on them and keep up as best you can.

Late season birds usually won't hold for points like they do the first couple of weeks. They will run and hide and run some more until either the dogs pin them or they run out of cover. We were juked out by a couple wiley birds yesterday. Dogs were stalking and pointing for a long time and just to run out of scent. We hooked back but to no avail. It was very cool to watch. My dogs are hard running fast dogs. The don't creep like some dogs. So to watch them point, loose scent, Run a pattern for another 30 yards, slam into point and repeat for a few hundred yards was exciting.  I believe the birds did a hook on us and were able to get behind us. Who knows? That's how it go's with wild birds you can't win them all. 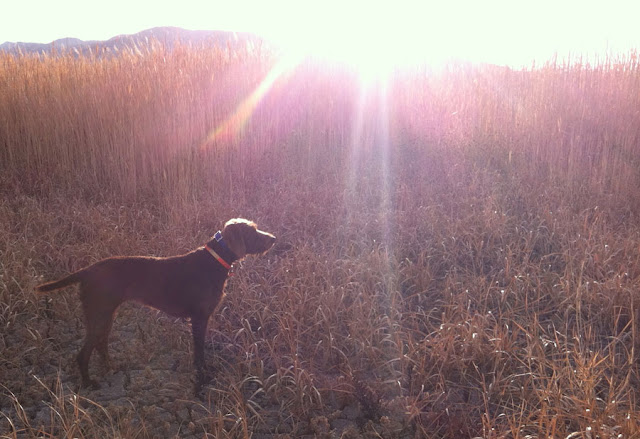 Honestly that's what makes it fun. This crazy, beautiful bird with a brain the size of a marble is using all it's survival tactics that are ingrained in it's DNA causing you and your dogs to have fits. Its so cool to work a cover just to watch the bird you knew was there sneaking along the private property side of the fence line  into someones farmyard while you just sit there and laugh because there's not a damn thing you can do about it. When working a cover you just have to hope a rooster decides to hunker down and hope you walk past. Those are the birds that end up in your game bag. The survivors are heading for the freedom of the next pasture or fragmite field.

Good luck to everyone still in the chase.