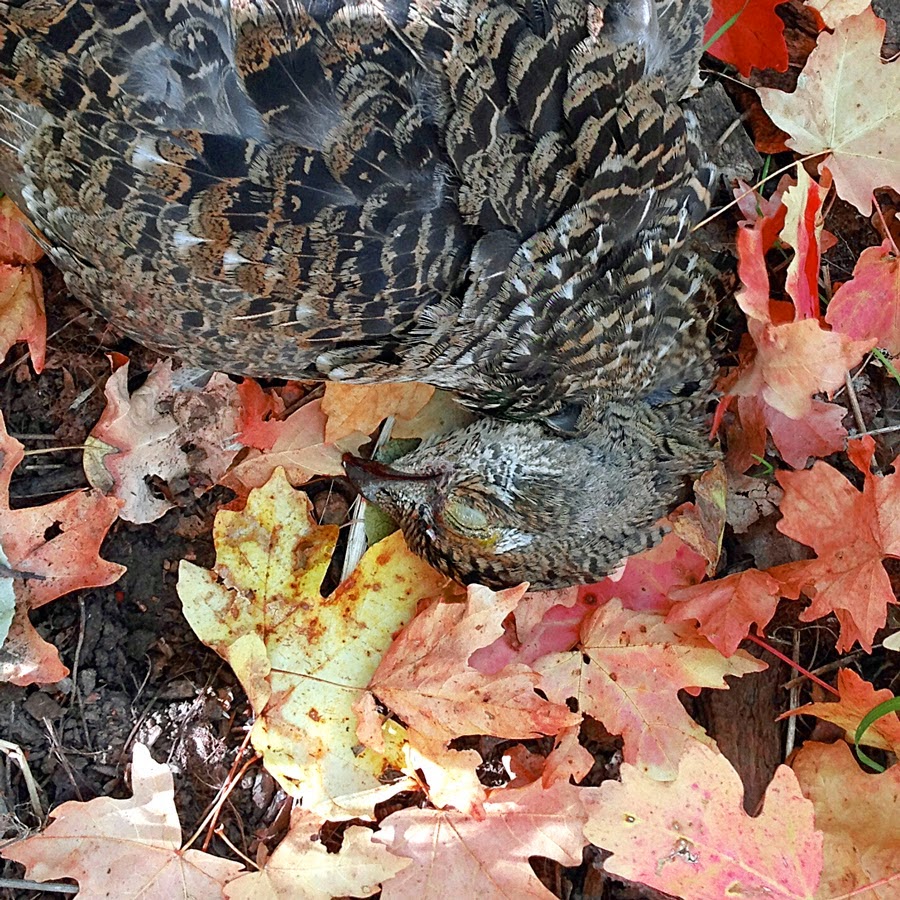 I was able to take the dogs out for a few hours yesterday. The morning started out great with a group of 3 birds right off the side of the road. Hazel had the first point and find of the day and I complimented by missing with both barrels. We had to work for a while to find our next birds but again Hazel pointed 2 young grouse on a brushy hillside and I managed to knock one down. There was a tree in front of Hazel and I had to wait until the birds flew past it before I could get a shot. There was that moment of uncertainty whether or not I'd even had a shot. But luckily one of the birds flights went a little wide to the left and I was able to get a bead on it and make the kill.

Chief had a nice point on a single but the bird busted out of some high cover that didn't give me any kind of shot. (see above)

Overall it was good day afield even though it was short lived. It was a very warm day and the temperature rose into the 80s. We were in the truck headed home by noon. I actually became ill half way through the hunt and struggled to get back to the truck. Either I caught a virus or ate something that didn't agree with me or came down with heat-stroke. Whatever it was it sucked, but I'm feeling much better today.

I believe the weather is about to turn or at least I hope it is and we are going to get some cooler temperatures going forward. We will then be moving into the thick stuff and hopefully get into some ruffed grouse. I can't wait.

Some good news that I just heard and read about is the Chukars are doing well and numbers are up. With last summer's mild weather there was a good survival rate for this spring's chicks. Hopefully we can get the numbers back up to where we were in 2006. We should expect a good hunt this year.

For more info check out the DWR site: Utah Chukar Numbers Are On The Rise