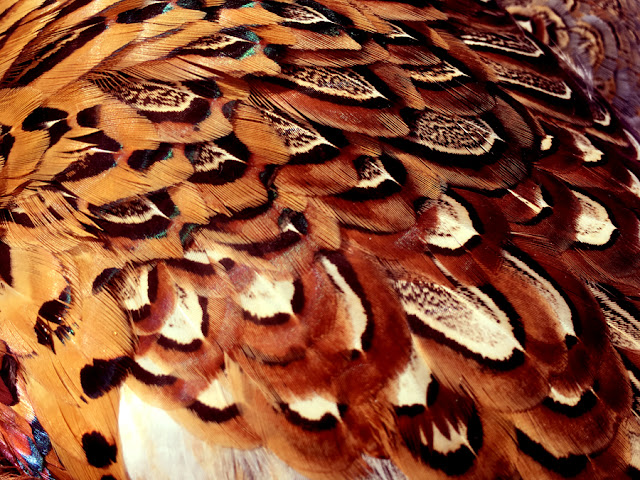 The difference between the pheasant hunt opener and a week later is pretty substantial. The pheasants have now experienced hunters and their dogs and are savvy to what that means. All of their survival instincts are now on high alert and if they are smart, they know to get the heck out of dodge when we approach. Occasionally we get lucky and find a bird that took the gamble to hide rather than run and if we’re fortunate our dogs will catch a whiff of them as we walk through the area and hopefully the bird decides not to fly until we get close enough for a shot. As the season progresses it gets more and more challenging as a bird hunter to put one of these birds in the bag. A lot of things have to come together to make that happen.

I’ve been schooled enough times by these wild roosters that I try to take a careful approach while hunting these wiley creatures. Sometimes it all just works out and you find a bird that reacts just how you want but it’s been my experience that more often than not the birds are running and juking and jiveing and doing everything they can to escape you and your dogs. I’m constantly fascinated how these birds (and not only pheasants) that have a brain the size of a pea somehow find the best way to survive a situation where the odds are so stacked against them. There are those birds that find that small window to get away. It’s a challenge and that is what I like about it. If it was easy everyone would do it. You have to love it or it’s not worth it. It’s for us bird hunting weirdos who are willing to put in the time, the hours of walking that are occasionally rewarded with a rooster in the hand. When it all works out it's a special thing.

Below are a few things that I think help put more late season birds in the bag. And if your wondering I’m guilty of everything I’m saying not to do and I believe it has cost me on several occasions.

1 - Be Quiet
I see and hear it all the time. Hunters slamming their truck doors, shouting at their dogs, shouting to one another. Beepers and bells on dogs.  Rattling fence gates. All these things will tip off any bird within ear-shot. And once they experience hunters and dogs they remember and I believe their actions tip each other off to the dangers we bring.

Train your dogs to respond to noiseless cues. I use a tone button on my e-collars. It emits a small beep that is only audible within a few feet of the collar. My pudelpointer responds really well to this and it works really well when I want to be stealth and work a cover. Chief, my setter is a little harder to handle and doesn’t always respond to the faint beeping on his collar so occasionally I need to give him a little stimulation to get a response from him. Chief is one of those dogs that you release and let the chips fall where they may. It can be frustrating at times but he’s at his best when he feels free to hunt and do his thing. Only problem is keeping him in a range I like while pheasant hunting. If you must call your dog then at least do it with a whistle. I believe a whistle is less obtrusive and doesn’t put the birds on as high of an alert.

If you like to run a beeper collar on your dog, than run it on point-only mode and if you have the option use a hawk-scream or bobwhite quail whistle for the signal sound. I run a beeper on Chief in Point only mode and have the point signal as a hawk-scream. However I’m thinking of taking it off for the rest of the hunt. I tend to use it as a remote “where the hell are you” noise and I believe I’m not doing myself any favors hitting the beeper whenever I’m concerned about where he’s run off to.

When closing gates and talking and loading guns try to be quiet and stealth. It will increase your chances of catching a bird off guard and cause it to hunker down and hide rather than put on it’s nikes and run for the hills.

Another thing we do is use 2-way radios. If you use these sparingly and keep the volume low it can help you communicate with one another without shouting. However if the volume is too loud or if you over use them they can be more of a detriment than a help.

2 - Increase shot size. My preferred pheasant load is Remington Pheasant Load in 6 shot. 6 shot on the opener and increase my shot size as the season gos on. 5 is probably the perfect pheasant load. And 4 might be better towards the end of the season. However, when  I do most of my hunting on public land I’m required to use steel shot and I’ve decided to use heavier 2-4 shot on pheasants and I’m wondering if 4 is heavy enough. Especially on late season wild birds. We’ve had birds that were hit hard and folded up get up and run after being shot. If anyone has a steel load that they feel is best for pheasants please feel free to share.

3- Be strategic. Before you approach an area think it through. Look to where you believe the escape routes are and remember where you see birds fly to once they flush. Chances are you will hunt the same areas several times over the coarse of a few years. If you have 2-3 people in your party spread out and set up blockers or take the time to approach areas from different angles to increase the chances of pinching a running bird between you. If you have dogs let them hunt and range. Sometimes I feel our best advantage is our pack of dogs and how many layers of hounds we have working and area. My Hazel works rather close now days, Chief will work as big as I will let him and my brother’s shorthairs are mostly medium rangers so we have a lot of dogs causing chaos and confusion for the birds in the area. Sometimes you can tell the pressure is too much and you will see birds flushing wild at distances that don’t help us but if all works rights we get those birds that hold long enough to permit us within range and those are the ones that end up in the bag.
Take a minute and put together a game plan.

4 - Put in the time and walk the extra mile. When pushing a field or area walk to the end of it. Don’t stop short even if the area isn’t producing. Lots of times birds are running ahead and it just takes extra time to either catch up to them or to get them to move in such a way that the dogs can scent them. Hit the areas where most people aren’t willing to go. Actually…  nevermind, just stick to the places that are close to the road. Fields that are easy to walk through and places where everyone else has went. I have no idea what I’m talking about.
Seriously, this is the secret. If you want wild birds you have to put it the time and effort.

5 - Mark your birds. Why is this so hard? I suck at this. I get too excited and blow this simple thing. When you shoot a bird don’t take your eyes off the spot it went down and get to that spot as soon as possible. Hopefully your dog beats you there and soon you see your bird in the dogs mouth before you have a chance to get there. If not it’s crucial to know where that bird dropped and get your dogs hunting for a downed bird as soon as possible. A wounded bird can cover a lot of ground in a surprisingly short amount of time. Work on hunting dead and retrieving in heavy cover during the off months so when the time comes to find that bird that isn’t where it fell the dogs are prepared for it. 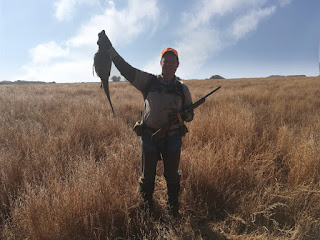 Saturday was a productive day and the dogs gave us some good opportunities but we lost a couple birds that I thought were rather simple retrieves. I blame myself for not doing the things I’ve listed above. I didn’t mark the birds properly and I didn’t work on retrieving like I usually do in the off season and I feel like my dogs have grown soft where they were once very dependable. We had some things working against us. It was hot, there was hardly any wind and the cover was very heavy but I’ve seen my dogs pull of retrieves in tougher situations before. Nothing makes me more upset than losing a bird. I hate it. We spent a lot of time looking for those birds. I wish I could say we never lose a bird.  There was a time that it was very rare but to be honest it happens, it's not cool and I do make a strong effort to find anything I shoot.


Overall it was a fun day even with that frustration. If we would of found those birds we would of limited out again so I can’t complain. Hazel had some great moments that were fun to watch. Chief was not on his game but he hunted hard but just wasn’t as productive as the week before. I think I was being a little too restrictive on him and trying to keep him close and within range and not lost. He gets turned around in the heavier cover. I need to take my own advice and let the chips fall where they may and let him do his thing. Rumor is there is snow coming and I'm just giddy about that prospect. Pheasants with a few inches of snow on the ground.... there is nothing better in this hunters opinion. Can't wait for some redemption after last weeks failures.